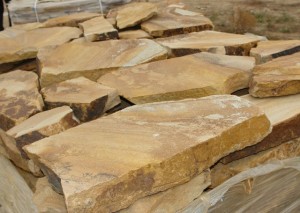 Sandstone is durable and beautiful natural stone, which is used for the interior and exterior cladding. In proof of its durability and strength we shall give an example of the Egyptian pyramids, the Notre-Dame de Paris, the Empire State Building – and this is not a complete list of famous buildings and architectural works that represent a particular era.

Sandstone and its properties

Sandstone is a sedimentary rock composed of compressed sand, grains of other rocks and minerals. For example, siliceous sandstones are the strongest. Sandstone is represented in different colors: grayish or greenish, yellow, brown and reddish brown, dark gray, gray-green and even blue-green. The color depends on impurities of other minerals in its structure. 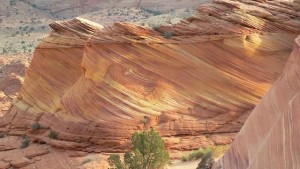 Sandstone can be coarse-grained (0.5 mm), medium-grained (0.25-0.5 mm) and fine-grained (0.1-0.25 mm). The latter type is decorative. Such sandstones are mostly of green, reddish and chocolate-brown color. Note also that the sandstone structure is porous. Accordingly, it is undesirable to use it in construction or for external cladding of basements, and other areas with increased humidity. By its texture the sandstone can be sawn, less frequently – ground, not less popular is the texture obtained by cleaving. As for the treatment, the distinctive feature of sandstone is that, traditionally, it is not polished. But if we carry out such a process, we get a unique pattern. Sandstone can be deposited in layers – in the form of flagstone. In this case, the its slabs can be done without cutting stage. Sandstone is highly resistance to frost, withstands a load of about 35 tons per 1 square meter and refers to class 1 by radiation safety. With regard to fire resistance, the limit temperature for pure quartz and siliceous sandstones reaches about + 1700C.

Sandstone and its types 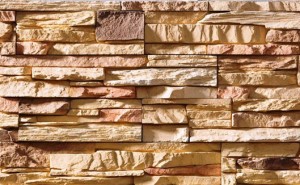 Sandstone is classified by the structure and shapes. Sandstone is somewhat similar to limestone by the structure. If sandstone is formed due to accumulation of shell fragments, the shell rock with a porous structure is formed. There is also oolitic sandstone, which is also formed of pellets which are connected to each other in a natural environment. The structure of this sandstone is, relatively speaking, air-filled. The size of pisolitic sandstone pellets is larger than that of oolitic ones. Just as limestone, sandstone travertine is formed in carbon dioxide sources. There are also arkose sandstones, composed of predominant inclusions of feldspar, whereas mica particles and other may be also present in them. These sandstones result from the destruction of gneiss or grants. Greywacke sandstones are characterized by more complex composition: it contains rock fragments and cement, which forms a fine-grained detritus.
Flagstone sandstone is formed as plates, and does not require a pretreatment for the manufacture of tiles. There are also so-called plastushki, which are flagstone in the form of flat plates without projections. But rubble stones (Russian “fontanki”) don’t have parallel planes, but they have projections.

The use of sandstone 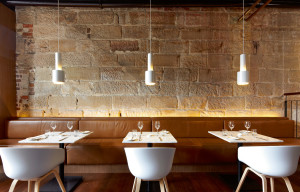 Due to its excellent strength and decorative characteristics, sandstone is of great demand in the external and internal decoration. For example, it is used to clad walls, floor, staircases and fireplaces. Furthermore, decorative elements of any shape and complexity can be made of sandstone – for example, curbs or columns. If you use tiles of different or irregular geometric shapes, they should be laid randomly – this technique allows you to create an original design. In the interior the sandstone is perfectly combined with other materials, such as ceramics, artistic forging, glass and modern plastics, wood and metal. In landscape design the sandstone is used for arches, to clad ponds and pools, curbs, sidewalks, rock gardens and other decorative areas. The sandstone will look very natural and noble on any garden plot. 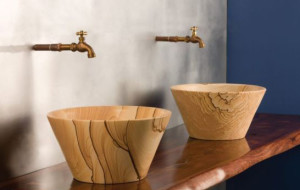 Note that it is also used in the construction, in particular, to produce many mortars, concrete, and various finishing materials (plaster, etc.). For example, as a concrete aggregate, the sandstone is used in road construction. Sandstone comprising silica is used in metallurgy as a flux for smelting of copper and nickel. This mineral is also used in the manufacture of glass.
The distinctive feature of sandstone as a facing material is that this material adds some freshness, naturalness and relaxed elegance to any design for both internal and exterior finishing. It is stored so easily and unobtrusively for centuries, remaining still beautiful – keeping memories and beauty of your time the same…